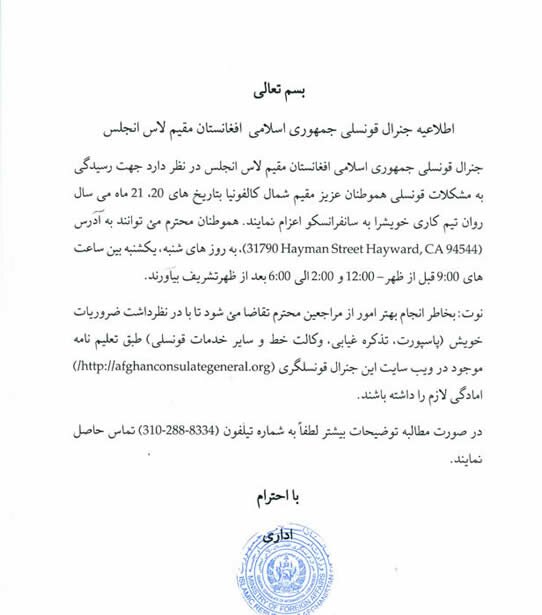 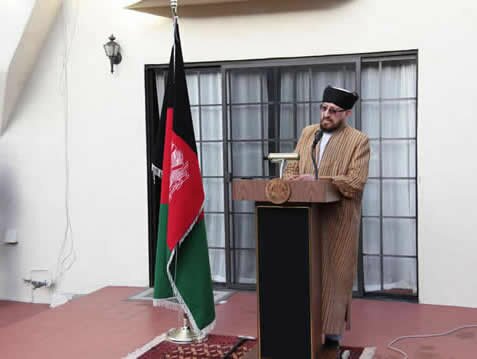 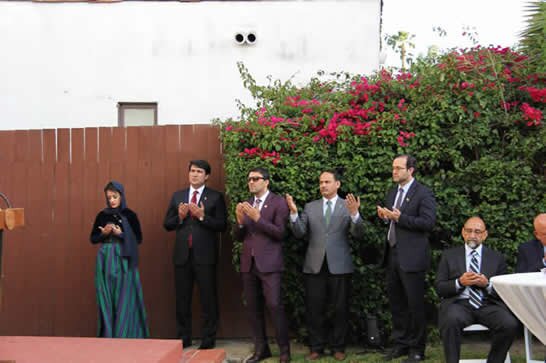 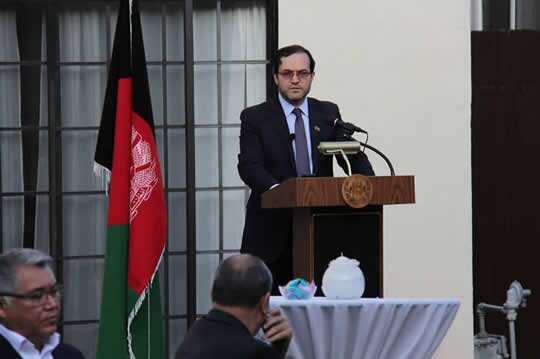 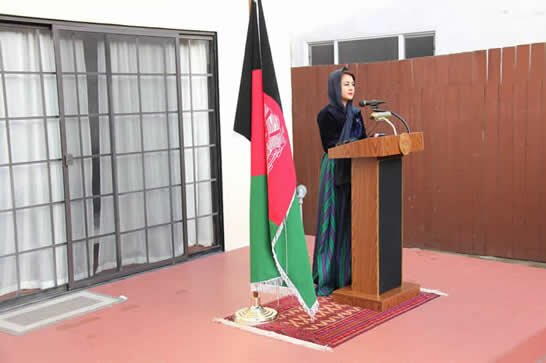 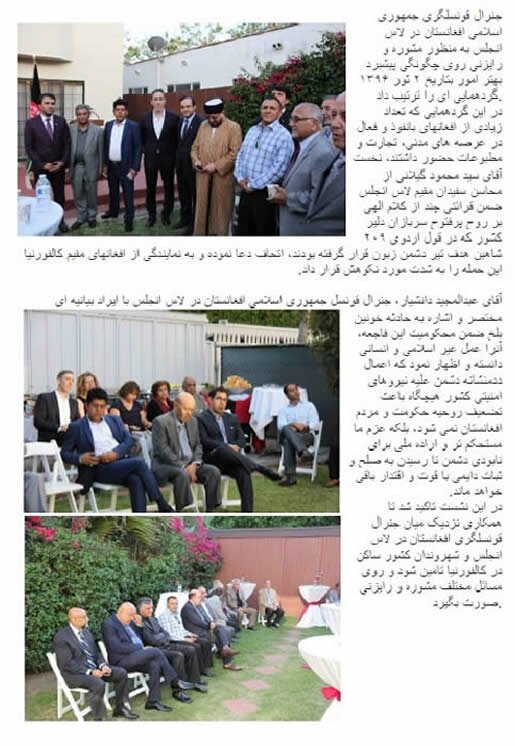 On 18th of April 2017, Honorable Abdul Majied Danishyar, the Consul General of the Islamic Republic of Afghanistan and Spozhmai S. Stanakzai, the Deputy Consul General participated in launch of Mr. Lee Hilling’s book (A Place of Miracles) the Story of a Children’s Hospital in Kabul and the People Whose Lives Have Been Changed by it, which was organized by the Agha Khan Council in Los Angeles. Hilling who’s been the Chairman of French Medical Institute Children’s governing body since 2006 and has travelled to Afghanistan more than 70 times 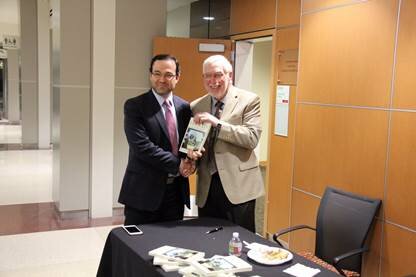 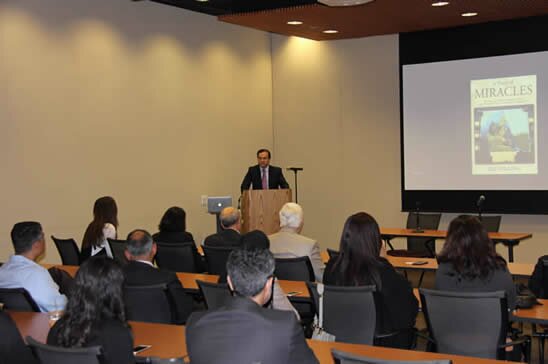 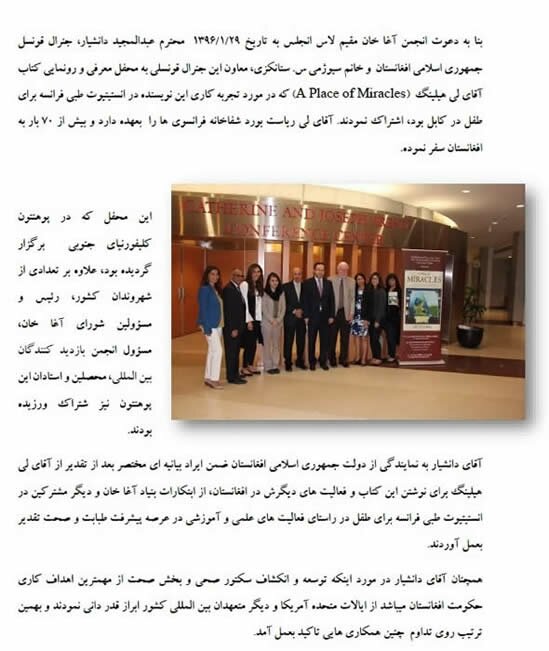 The 2015 Special Olympics World Games with 7000 athletes and 2000 coaches representing 177 countries– being staged in Los Angeles July 25-August 2, 2015 – was the largest sports and humanitarian event anywhere in the world in 2015, and the single biggest event in Los Angeles since the 1984 Olympic Games.

The Islamic Republic of Afghanistan has opened a special bank account for those who are willing to donate to the victims of Argo district of Badakhshan, who were severely affected after a massive landslide on 2nd May 2014 leaving 2500 people dead and a displacement of around 3000 people.

Anyone willing to help these victims please send your donations to the following bank account:

For more information please contact the Consulate General of Afghanistan in Los Angeles at (310) 288-8334.

Consul General Habibi's Condolence message on the passing of the

I am deeply saddened to learn that the first Vice President of the Islamic Republic of Afghanistan marshal Mohammed Qasim Fahim passed away due to a heart attack on March 9th, 2014.

I would like to express my sincere condolences for the loss of Marshal Fahim to his family, friends and people. He Played a major role during Jehad and in the establishment of stability and national unity throughout the country in the last decade.

Through a decree, President Karzai has declared a three-day National mourning across Afghanistan, starting today. A book of condolence will be available for guests at the consulate during this time.